Selection: What the Prevue Measures

When a large number of people take the Prevue Assessment, a graph of their results will form a normal bell-shaped curve. All Prevue scales are divided into ten areas under this normal curve. These standard tenths of the curve are called stens. Most people (68% of the population) will score in the mid-range, where the curve is highest (stens 4 to 7). Fewer people will score in the tails of the curve, at the extreme right or left of the scale.

The Prevue Assessments examine abilities, interests/motivation and personality through the following five assessments described below: 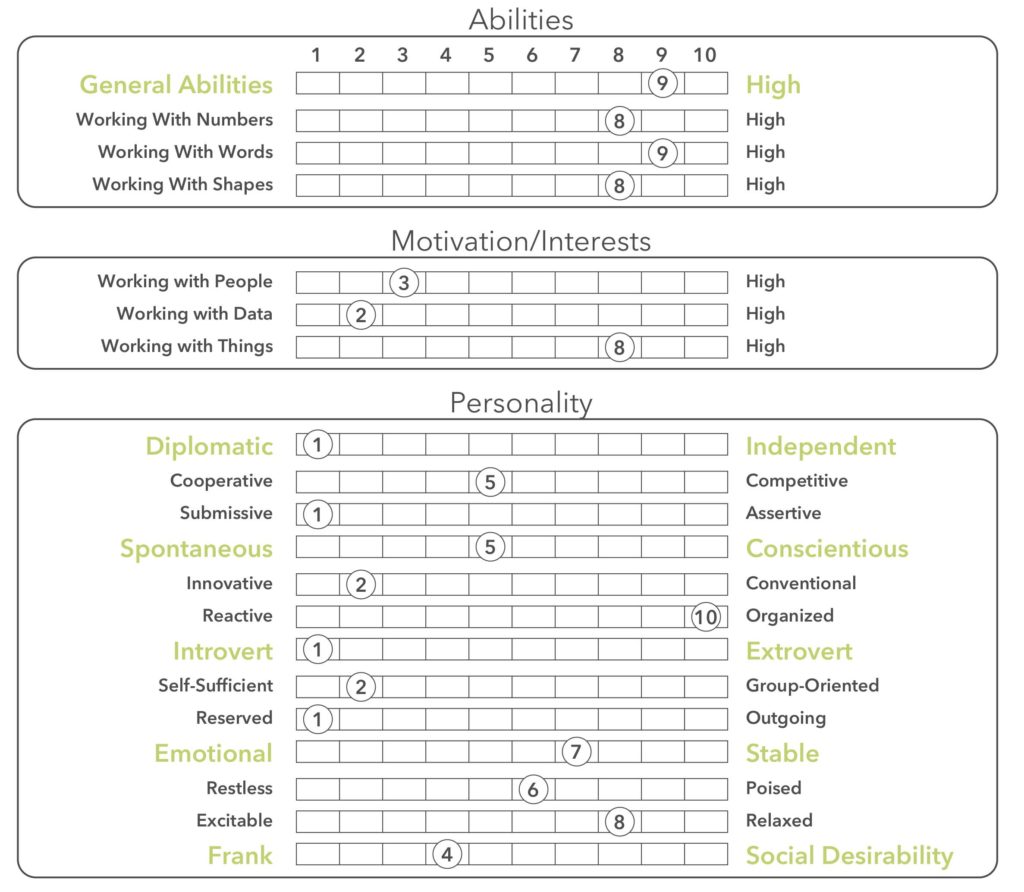